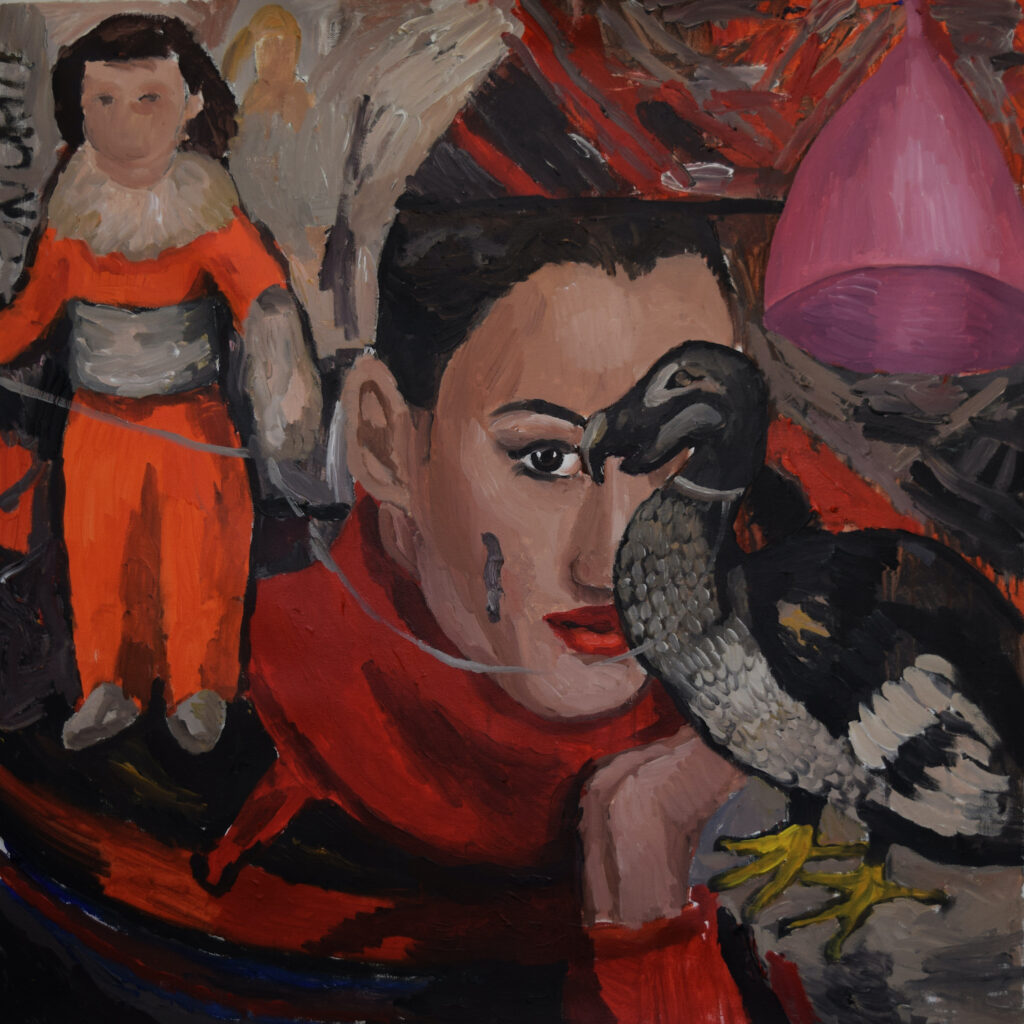 Saddam Jumaily is an Iraqi visual artist. He holds a MFA in visual arts from Basra University, and is a painter, sculptor, book artist, and researcher. He taught art at Basra University for 5 years and has published various books on Middle Eastern art. He now works and lives in Helsinki.

His works have been shown in many solo exhibitions in Iraq, UAE, Jordan, Finland, and Kuwait. Qatar auction.He participated in many co-exhibitions and art fairs in London, Dubai, Abu dhabi, Beirut and his works were shown at Christie’s auction in 2016, New York. .He has also been awarded numerous grants and residencies like SKR, 2021 , SKR 2022 Finland.the Recipient of the Rescue Fund Scholarship, awarded by the Institute of International Education, Washington, D.C., USA for 2 years running 2015-16 and the Saaren kartano – Saari residence, Finland in 2019. His work was collected in a British museum.Qatar museum of islamic art selected for sharjah biennale 15,2023 .

His works combine a number of concepts that deal with immigration and tense social relations in the East, racism and sexism in the Middle East. The impact of religious authority on the demolition of societies. As well as the complex relationships between homesickness and the feeling of panic from it. In a sensory mixture that reflects the confusion of sensory and semantic complexity that occurs On the Middle Eastern immigrant due to wars and extremism.

Born in Basra in 1974, lives & works in Helsinki, Finland

2018: “Open of the visual text. The Disclosure of the optical text”, Alfaisal publishing, Riyadh
2016: “The Side of The Photo: A Question of Originality in Arab Contemporary Art”, Arab Publishers Association, Amman, Jordan
2012: “The Effectiveness of the aesthetic discourse: Applications in Iraqi Visual Art”, Al Adeeb House, Amman, Jordan